Every Piece Has a History 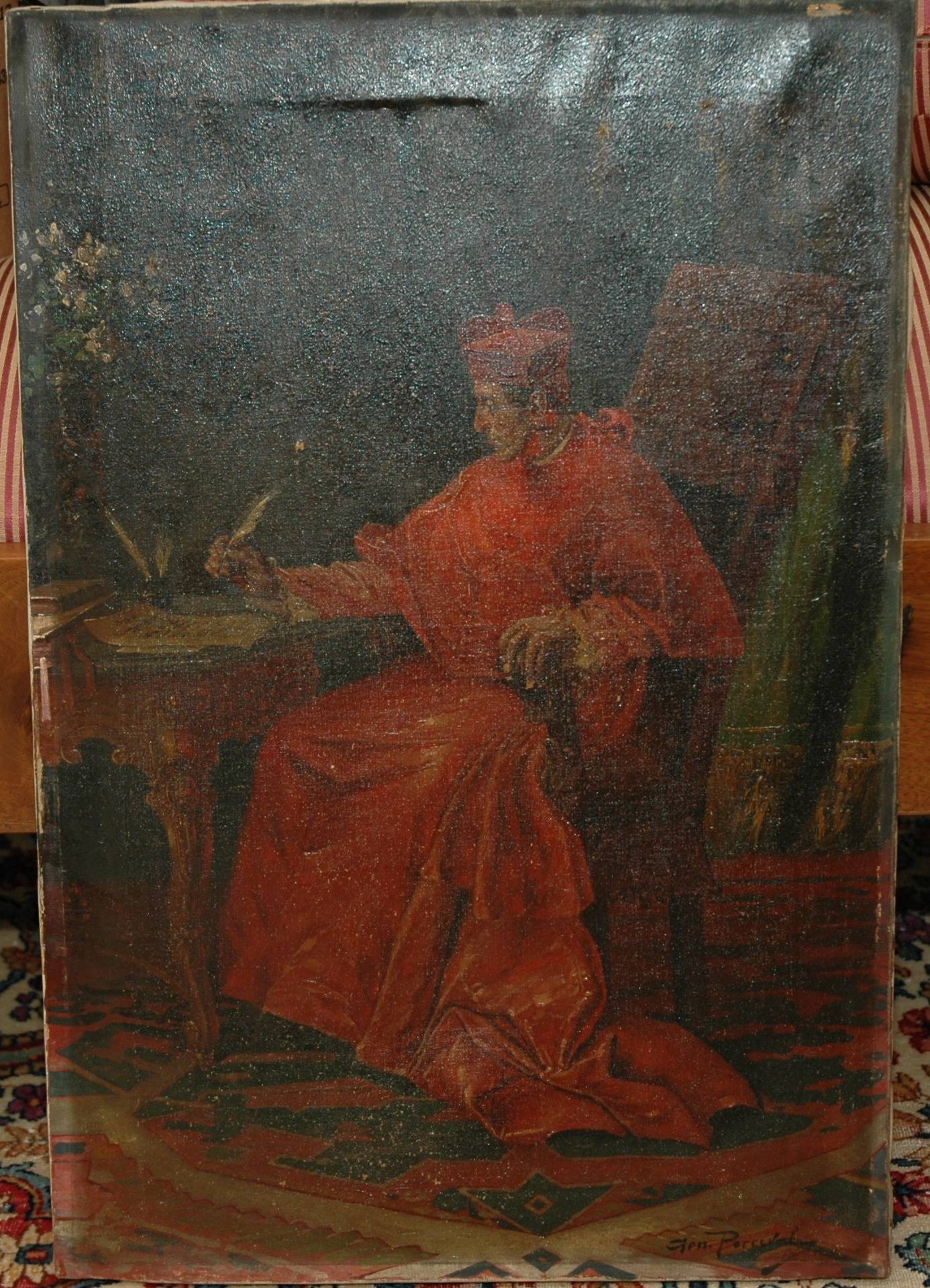 The painting is of Cardinal John Henry Newman (1801-1890). In 1832, he resolved with William Palmer (1803?85), Froude, and A. P. Perceval (1799?1853) to fight for the doctrine of apostolic succession and the integrity of the Prayer Book, and began Tracts for the Times (see Oxford Movement). He was moving slowly towards the Roman Catholic Church, and in 1841 his celebrated Tract XC, on the compatibility of the Articles with Catholic theology, brought the Tractarians under official ban. He joined the Church of Rome in 1845, a move which profoundly shocked many of his fellow Tractarians. This painting was probably done by a relative of Arthur Philip Perceval and is c. 1840-1880 In 1991, Cardinal Newman was proclaimed "Venerable" by the Congregation for the Causes of Saints, and will be beatified on the 19th of September 2010. This would make Cardinal Newman the first English person who has lived since the 17th century to be declared a saint.
/